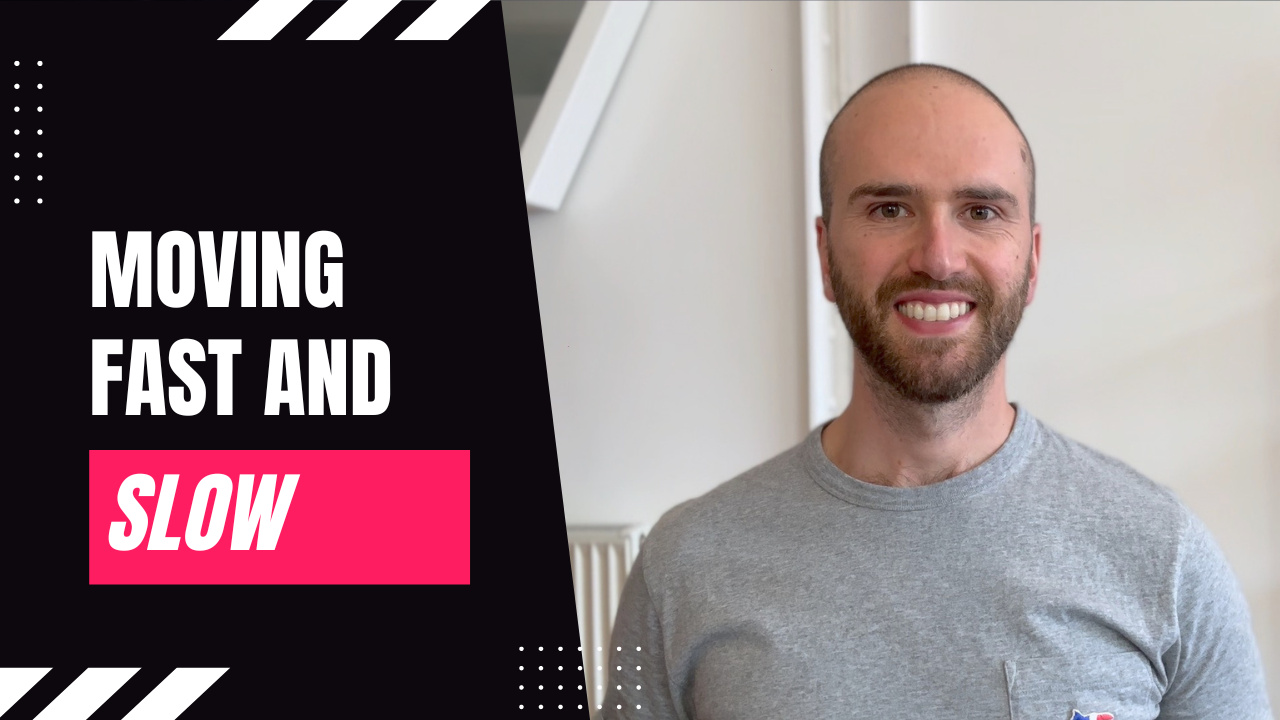 Framework To Become A Successful Filmmaker

In today's issue, I'm going to show you how to use time to build a successful career as a filmmaker.

Everyone wants to be successful. But not everyone is. The ability to use time to your advantage may be the most simple, and overlooked, skill you can develop. It allows you to engineer an opportunity to achieve explosive growth and success.

Unfortunately, most filmmakers skip right over this simple framework.

Life is long, if you know how to use it

There are four reasons filmmakers don't build a career in the film industry:

I'm going to focus on the first two reasons and show you how to overcome these. I'll leave the last two to you, for now.

Here's how to do it: Exercise patience on the macro scale, and speed on the micro scale.

Ask yourself: if I made feature films for 30 years would it be reasonable for me to be successful?

Most of the time, it's not our goals that are the problem. It's the time horizon that we place them on. By extending our time horizon we are using time and compounding returns to our advantage.

A great example of this is an Australian filmmaker, Rob Connolly. He's been directing and producing films for close to 25 years. And he's made some great films along the way. But his career (and production company) has exploded in the past 5 years. He's making $10m+ films with A-List cast that receive wide-releases at an insane pace. His production company had 3 films premiere at TIFF this year. That's the effect of a long time horizon and compounding returns.

The question is: are you prepared to wait 20-30 years for success?

The dichotomy of the last paragraph is that on the micro scale, speed rules.

When I made my first feature film I told myself I would lead produce 5 features in 5 years. I had no idea how I would do it. And most people laughed at me. But I understood that the only way to achieve compounding returns is to actually do the thing.

But I did lead produce 4 films in 5 years.

2 years later I produced 3 films in one year. And in that same year I helped another 5 films move into production.

8 films in one year.

That's the effect of compound returns achieved by moving fast.

"All I want to know is where I will die so I will avoid it."

Made famous by Charlie Munger and Warren Buffet, this quote teaches us how to use inversion.

If we want to fail at our our goal of becoming a successful filmmaker we would be impatient. Which would lead to us:

We would also move at a snail's pace so that it became impossible to develop any momentum. We would:

It's often easier to think about what an unsuccessful filmmaker would do, and avoid doing that.

OK, that's it for today.