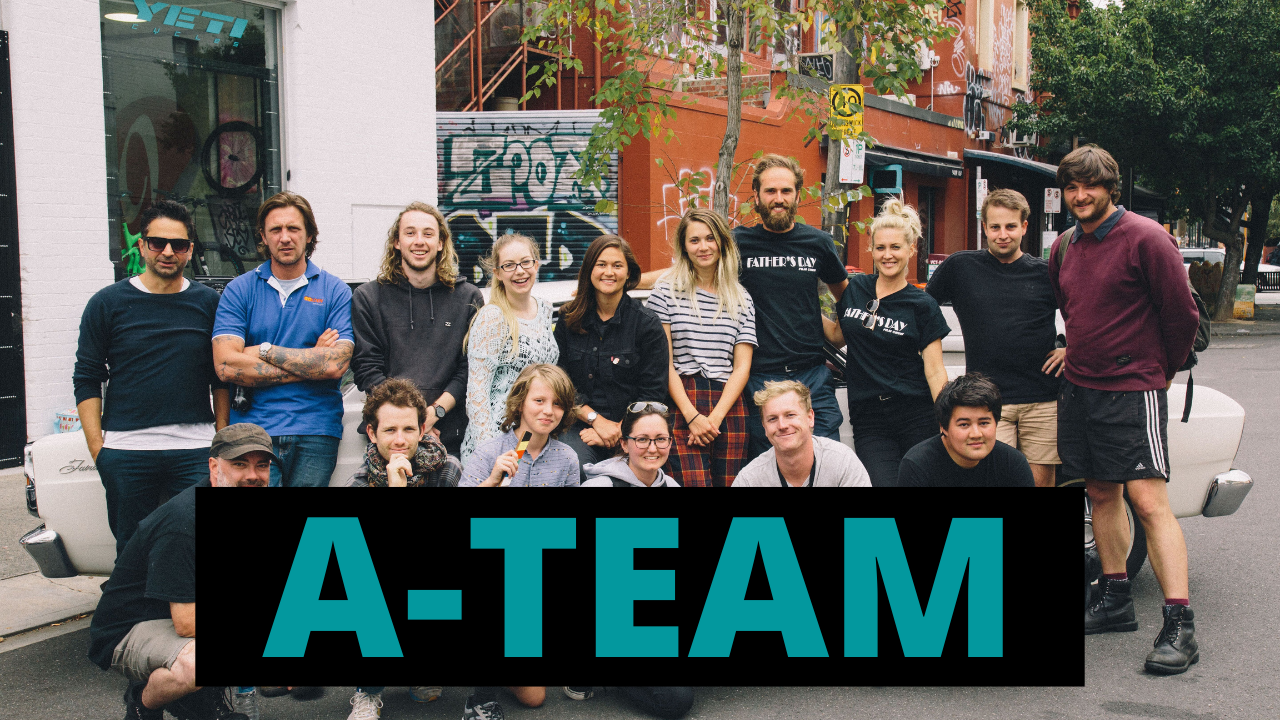 How To Build Your A-Team

In today's issue, I'm going to give you a process for building an A-Team of collaborators.

Film is the most collaborative form of art. Without a great team, there can be no great film. By learning how to assemble a high-performing team, you set your film and yourself up for success. You also build foundations of loyal and trustworthy relationships, which are essential in all businesses, not just show biz.

Unfortunately, most filmmakers rush this process which leads to poor choices.

We take years to develop projects but hours to hire a team member.

There are a few reasons we make bad decisions when it comes to building a team:

If you struggle with this, don't worry, I will give you a bullet-proof system for overcoming these issues.

Here's how to do it, step by step:

Step 1: Start with your core team

Without a core team, you will give up on your dream before you start.

A core team is at least 2 other people who are as financially and emotionally committed to make the film as you.

It can be any combination of roles, usually it's one of: Actor, Director, Producer, Writer, DoP, Production Designer.

Here are some examples from my films:

The best way to find your core team is as follows:

The worst way to find your core team is to allow an existing team-member to bring in a new team-member based on their relationship, not merit.

Most filmmakers focus on the 'key' HOD roles, when they are each equally important.

You might think make-up is less important than camera. But bad make-up is a massive turn off and will ruin the experience for your audience.

The key here is to find your HODs in the same way you find your core team. Leave no stone unturned.

At this point, you can loosen your grip on the selection process for a moment and give some hiring authority to your HODs.

This is important for 2 reasons:

While you loosen your grip, the final decision still rests with you.

Have your HODs send you a list of 2-3 preferences in order of priority and do the following:

If you end up with someone that isn't the right fit, fire them...fast.

The best way to determine if someone is the right fit early is to give them a task with a deadline, and see if they execute. If they don't, this is a red flag.

If it's clear someone isn't the right fit during pre-production or production, give them 2 warnings then let them go.

Firing quickly is the best thing that you can do for the film and your team. A bad egg will ruin the cake.

Until recently, our hiring process was pretty lax. This leads to us often having to iron out personnel issues and fire people during the first two weeks of a shoot.

But we implemented the process I've outlined above on our most recent film and it's the only film where we had 0 personnel issues or personality blow ups.

Finally, you want to play long-term games with long-term people.

In the words of Naval Ravikant: All returns in life come from compound interest in long-term games.

Filmmaking is a career played over decades, not years.

The more you can play this long-term game with loyal, trustworthy and talented team-members, the more you're going to get out of it.

So when you find a talented team-member, work with them again. And again, and again.

You will have your break ups and make ups.

I've had business partnerships blow up, crew members threaten me and the film, bad hires that brought down the culture on set.

And it's largely because I was winging it.

I wrote this so you don't have to do the same.

Well, that’s it for today.

For more on this topic, head to my Youtube Video.

2. Work 1:1 with me to start raising finance or land distribution (Limited Availability).